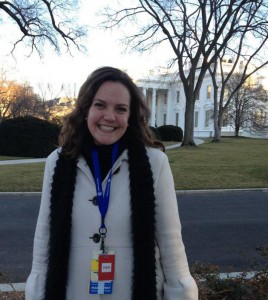 Advice: “Take advantage of opportunities on campus and off campus. Go to your classes, but also apply for an internship. Talk to professionals in the field you are interested in and make connections. It’s never too early to network. Set a goal and do everything you can to accomplish it. You have the ability to be anyone and do anything you want in this world. Go after it!”