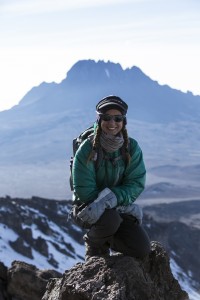 Favorite spot on campus or memory: “I loved walking across campus to study at the library when the leaves were changing in the fall, eating pizza in the Inn Between with friends after class, and cheering at home football games on sunny days.”

Advice for current students: “Try not to get bogged down in what you should do with your life. Very few people know this in their early 20’s. And that’s okay. After graduation, get some work experiences under your belt, along with some life experiences. Take note of what makes you feel most alive and then keep stepping toward it.”