Did you know that our Grasselli Tower celebrated its 80th birthday just a few days ago? February 5, 2012, marked 80 years since the last piece of the tower was literally pushed into place in 1932. The tower began its history as the University’s seismology lab, and since then has housed The Carroll News, the radio station, and a phone center for fundraising. Even ROTC cadets have rappelled down the facade of this campus landmark! 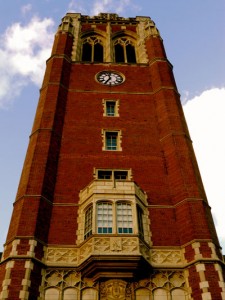 View previous photos of the week or submit your own photo!